This second experiment documents my attempt to get properly inverted with the assistance of the FeetUp trainer.

I will be using this daily for about 5 mins at a time until I can actually get my feet up and approximate an upside down position. Then I will move seamlessly into a graceful headstand position, perhaps adding advanced split leg positions……

And here’s what actually happened: 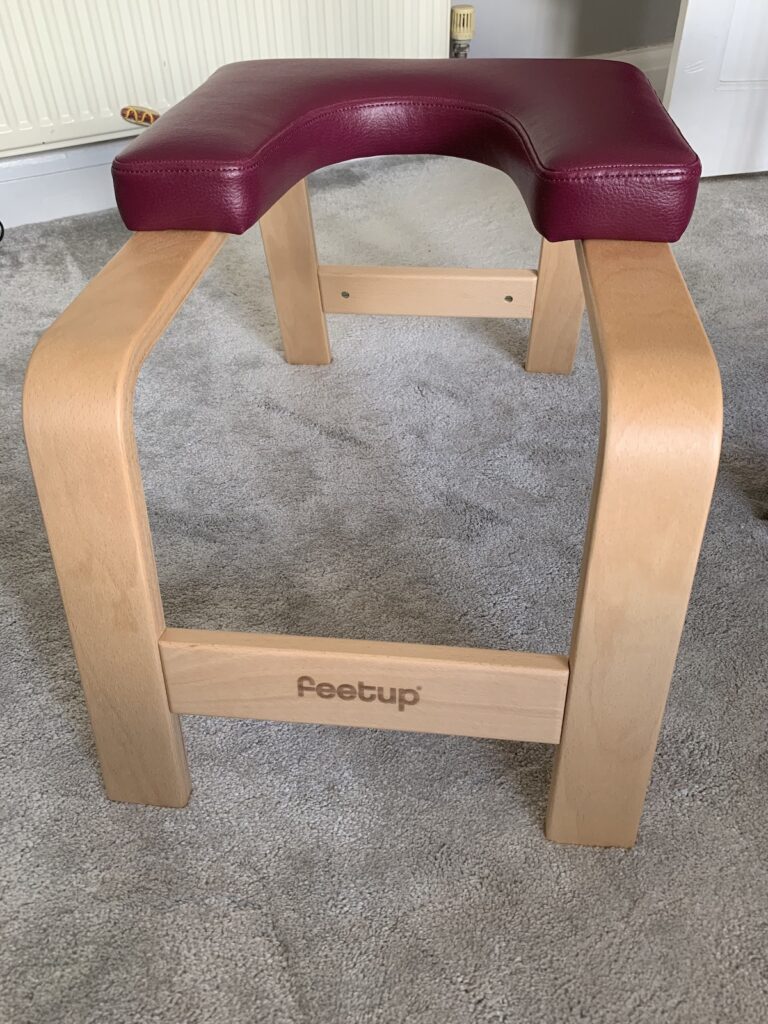 I bought my Feetup trainer secondhand from eBay. Seemed like a great money saver at the time but there is a nut missing for one of the legs so I’ve just spent ages on eBay trying to fathom out what the replacement part is called. It might be a ‘cross dowel barrel nut’ – I hope so, I’ve ordered a couple. I had to get a couple as its pretty tricky trying to determine whether the diameter of the nut is 5 or 6mm without a set of calipers.

So thats hampered my first days practice. I obviously have had my head in-situ but thats as far as I got.

To be honest, my first thoughts are that I’m never going to get beyond this point and the Feetup trainer will be back on eBay before my 30 day experiment is over. I couldn’t couldn’t begin to fathom how I would even contemplate raising my feet. Maybe once the missing nut is in place and the bolt is screwed tight I might develop some confidence.

I started the day with my head down the commode again. I lifted one foot off the floor this time but there was no sense that I was ever going to balance on my shoulders.

I’ve noticed that when I’m down there, I can’t get out. Well, obviously I did get out because I’m typing this from a normal position but it isn’t smooth or capable. I suspect that means my core is shot.

I’ve just joined the FeetUp group on facebook so we’ll see if that helps me pick up any super-beginnery steps.

Maybe I’ll brave a video later so you can see how terrible this really is.

I’m still a long way from being able to levitate into an inverted position but there has been an unexpected success in the FeetUp experiment…. 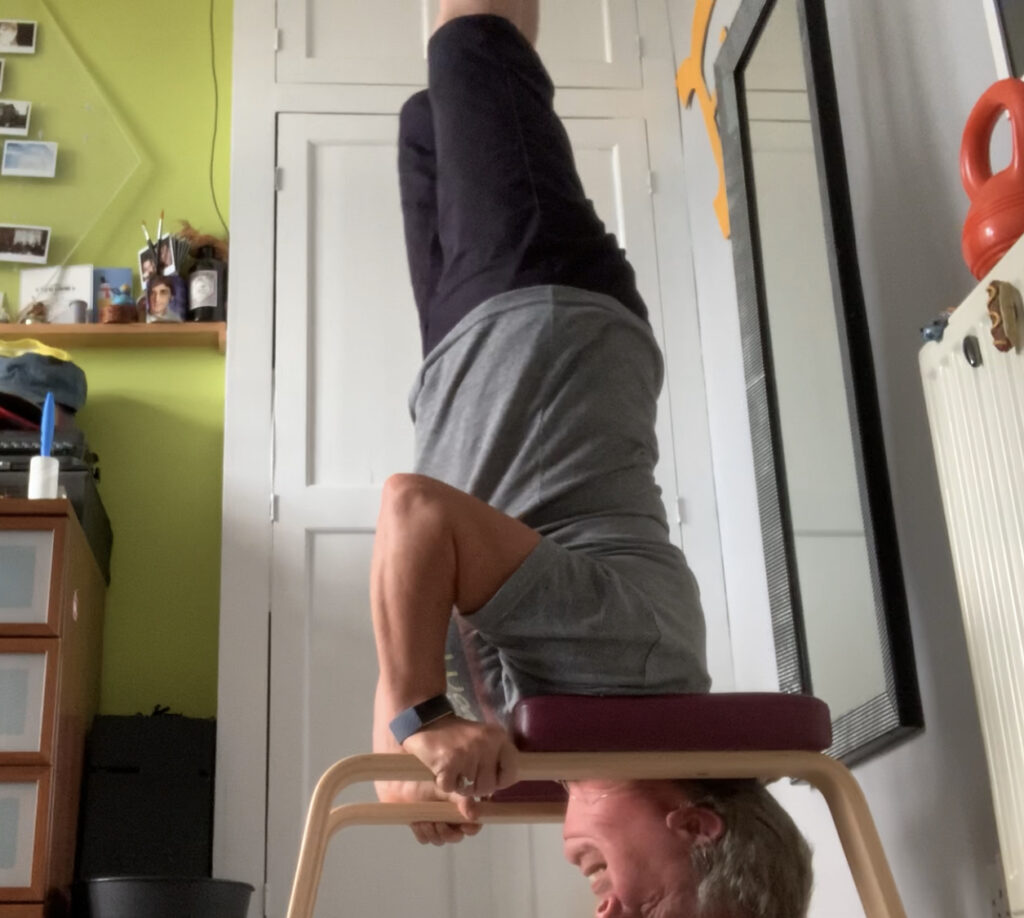 I thought Lynn was likely to divorce me when she discovered the new gadget cluttering my office but strangely she has taken to it as though trapeze artistry runs in her blood. It’s not unusual for me to turn away form my laptop to find her behind me, fully inverted, with cheeks slowly flushing.

Competition is fierce so I have enlisted her help to drag me into position and already it feels better. I am getting less terrified with each passing upside-down moment. I might turn it around next and see if I can walk myself up the wall while using it.

So I’ve spun the FeetUp around and I’m now using the wall to launch myself off the ground. I’m not doing anything crazy like removing my feet from the wall but I’m pleased with the progress. It feels as though I’ll actually get some inversion benefits from this new position.

I was away for a few days without the trainer but I did attempt a few human assisted hand stands. I had a 90 degree bend at the waist but it felt good to get up and let my head dangle for a while.

Back with the FeetUp. I’m still using the wall. Letting one leg drift upwards and then switching. I feel more balanced. I feel upside down.

In other news the rest of the household is getting better at inversions and I am jealous.

Nothing much to report. I’m still using the wall to get myself into a 90′ semi-inversion. Occasionally when there is a family member to hand, they may assist with a vertical balance and feedback suggests that I am getting closer to achieving balance without support.

I am a long way from getting myself into position though which is indicative of a mightily weak core. I’ve started to add in a few supplementary morning exercises – basically the plank, which when conducted with proper form is a killer core exercise.