Olympic weightlifting platforms are typically 8′ x 8′ so pretty huge and phenomenally expensive for what amounts to a few bits of plywood and some rubber. In my mind that’s a clear invitation for a DIY project. 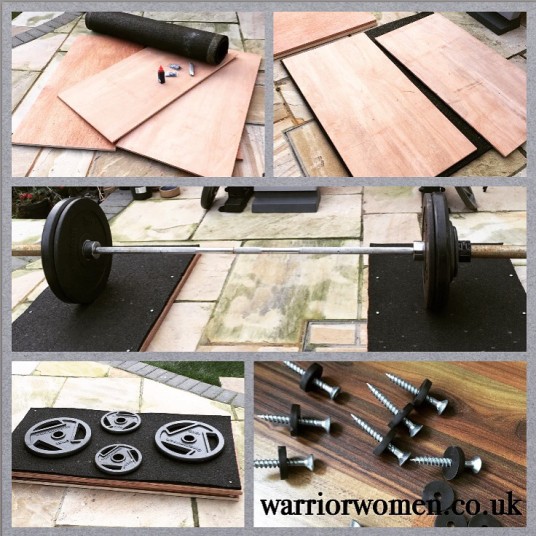 I am not blessed with a great deal of DIY proficiency but that doesn’t stop me from bodging and hammering with intent.

I don’t actually do a lot of Olympic Lifting at the moment as I focus more on the powerlifting moves of deadlift, squat and bench but ideally the deadlift requires a dropping platform as well. As we’ve recently re-laid our patio for the sole purpose of providing me with a level area for my power rack, I am quite conscious of the need to protect the sandstone slabs and I have not been dropping any of my deadlifts! Maybe I would have hit my 100 kg target if I wasn’t so scared of dropping it…..? Or perhaps I just need some more protein shakes….? Or maybe just some more effort.

If we ever intend having a BBQ on the patio again, I can’t realistically build an 8′ x 8′ altar to the deadlift without also booking in some Relate sessions, but surely 8×8 is mightily excessive anyway. If you can throw a barbell that far away, you can’t have loaded enough plates on it?

I was inspired by this instructables video of a modular olympic weightlifting platform, that cuts the standard 8×8 into a mini 4×8 platform in 3 portable sections.

I scrimped on the middle section (for now) and constructed two landing platforms, each 2′ x 4′, for the express purpose of saving the patio. 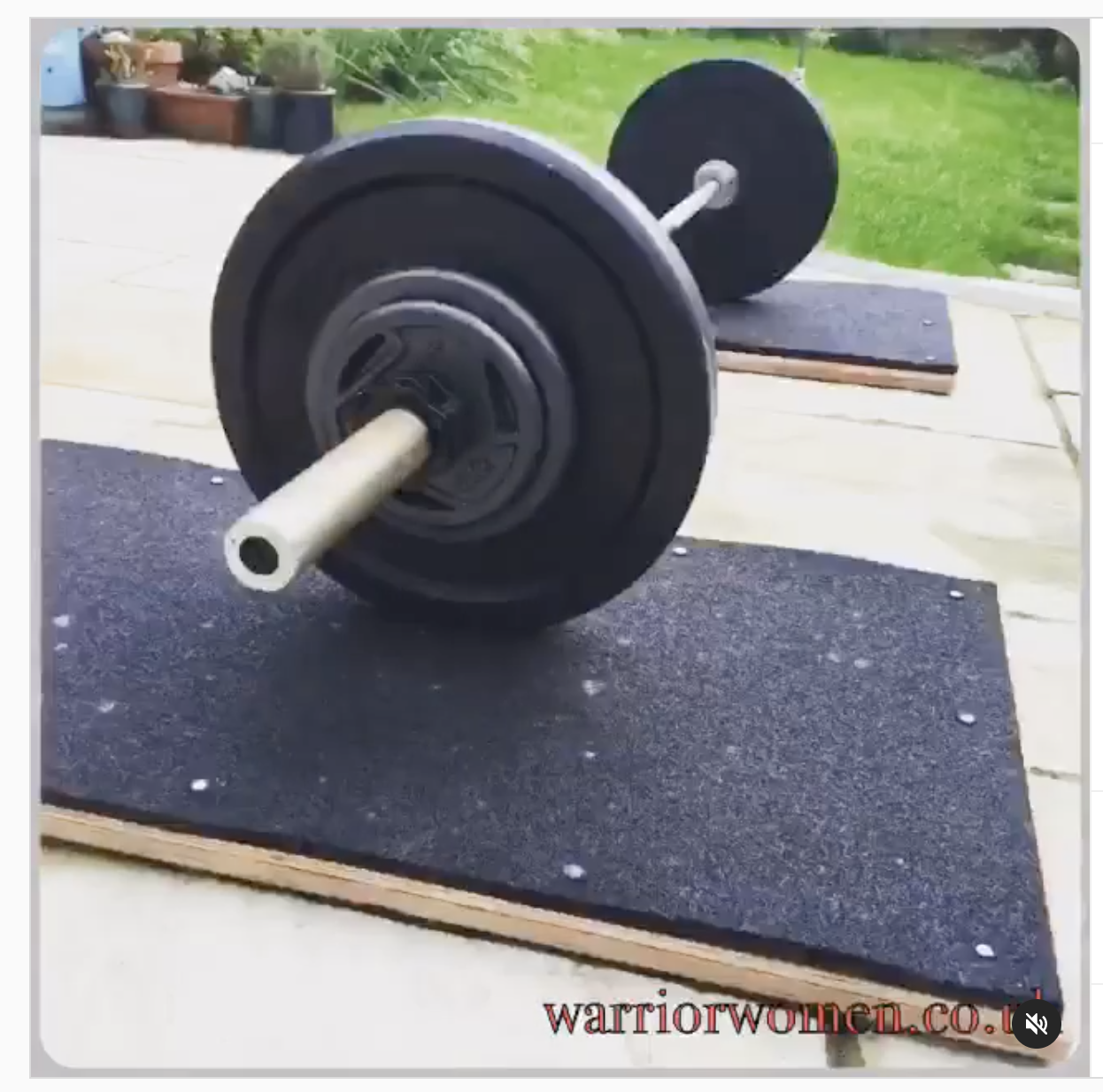 So I bought 4 sheets of exterior grade plywood from eBay, two really thick sheets would do just as well but I was hoping to save money with a 12mm sheet, it didn’t look up to the job so I ordered two more 15mm sheets to finish the job. I glued and screwed these together and then topped with a layer of horse-box matting.

I was constructing this during Storm Frank for added challenge, which I would recommend if you can arrange it! It was a bit of a bodge job, rough around the edges, but looks as though it could be up to the job.

I am admittedly still a bit nervous about dropping weights on it but can confirm that I’m not lifting enough to crack my platform and patio yet. Maybe that should be my New Years Resolution.